Plants can continuously generate new leaves, branches and flowers throughout their life due to the activity of meristems, where small groups of stem cells are maintained that coordinate the formation of organ primordia with growth requirements. In Arabidopsis thaliana, the stem cell domain at the tip of the dome-shaped meristem is the source of small secreted peptides, such as CLAVATA3 (CLV3), that are perceived by an underlying cell group via several plasma membrane localised leucine rich repeat (LRR) receptor kinases (RLKs), such as CLAVATA1 (CLV1). Our research in the previous funding period showed that CLV receptor complexes assemble independent of CLV3 availability, but cluster in membrane subdomains in response to CLV3. Whether this clustering is linked to active signalling or represents a first step of receptor inactivation before turnover or recycling is not known. Binding of CLV3 to the LRR-domains of the LRR-RLK triggers a signalling cascade that downregulates expression of the transcription factor WUSCHEL (WUS) in the shoot meristem. Because WUS promotes both stem cell fate and CLV3 expression, this mutual regulation generates a negative feedback system that controls shoot stem cell fate. Similar CLV-like signalling systems involving CLV3-like peptides and LRR-RLKs con-trol diverse plant developmental processes such as xylem and protophloem differentiation. For example, in the root meristem, CLV1 and the receptor ACR4 form complexes that differ in their stoichiometry between plasmamembrane (PM) and plasmodesmata. These CLV1/ACR4 complexes regulate root stem cell fate, but also the expression levels of ACR4 and CLV1 in a differential manner. In the shoot system, the CLV1-related receptors BARELY ANY MERISTEM1,2 and 3 (BAM1,2,3) are transcriptionally repressed by CLV1 signalling, but can transmit the CLV3 signal if CLV1 is absent. The common theme that emerges is that formation and composition of receptor complexes represent main determinants of signalling activity. We will address two aspects of these stem cell signalling pathways that are so far not understood: (1) what controls the amount, localisation and homo- or heteromerisation between receptors at the PM, and (2), what are the immediate downstream signalling components that are regulated by the activated receptor complexes at the PM? The CLAVATA2/CORYNE (CLV2/CRN) heteromer appears to play a key role in receptor translocation to the PM. Both CLV2, a receptor like protein lacking a kinase, and CRN, an RLK lacking the extracellular domain, are required for most CLV-like signalling pathways, and we hypothesize that they control the intermembrane transport, localisation, stability or turnover of interacting RLKs. Using PM localisation of BAM3 as a readout, we will investigate the mechanisms how CLV2/CRN directs RLKs from the ER to the PM, or stabilises them at this location, and study the role of specific ubiquitination sites for CLV2/CRN turnover. Using a proteomics approach, we identified the membrane-tethered receptor like cytoplasmic kinase (RLCK) MAZZA (MAZ) which interacts with CLV receptors. MAZ belongs to a small protein family, and several other family members were identified as signalling mediators in immunity, development and stress signalling pathways. We will investigate the role of MAZ and related kinases in CLV signalling via detailed mutant analysis and biochemical and proteomic approaches. Via reverse genetics, we identified heterotrimeric G-proteins as essential components of the CLV-signalling pathway that controls stem cell fate in the root meristem. In contrast to animal G-proteins, plant G-proteins are activated by receptor like kinases, and preliminary studies indicate roles in signalling via RLCKs like MAZ, but also in balancing immune signalling with developmental sig-nalling by differential control of receptor localisation and turnover8. We will investigate the role of G-proteins in CLV signalling, and analyse their interaction with RLKs from the stem cell signalling pathways using in vivo FLIM/FRET. 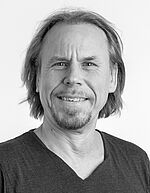