The interactions between pathogens and hosts provoke the immunomodulatory action of interferons, which in turn regulate the expression of many proteins. Among the proteins induced by interferon-γ against intracellular pathogens are the guanylate binding proteins (GBPs). It was demonstrated that some of the murine GBPs (mGBPs) are not only highly upregulated upon Toxoplasma gondii infection, but are also required for survival of mice acutely infected with this parasite. The intracellular pathogen T. gondii, which causes a disease known as toxoplasmosis, creates and enters into a unique membrane-bounded cytoplasmic compartment, the parasitophorous vacuole (PV), when invading mammalian host cells. For two of the eleven members of the mGBP family, mGBP2 and mGBP7, it has been revealed that they localize at the PV membrane. However, little is still known about the mode of interaction between these two mGBP proteins and the PV membrane. In this project we will use molecular simulations to determine at the atomistic level how mGBP2 and mGBP7 interact with lipid membranes. Given the complexity of this task, our initial focus will be on mGBP2, and only later mGBP7 will be included in our studies. Our particular aims are to determine (i) the structural conformations of mGBP2 and mGBP7 that are competent for membrane binding, (ii) the amino acids which play a key role in mediating the interactions between mGBP2 and the PV membrane, (iii) how the membrane composition affects the membrane association of mGBP2, and (iv) which effects mGBP2 has on membrane permeability and curvature. To this end, we will perform regular and enhanced molecular dynamics (MD) simulations at the atomistic and a coarse-grained level. Whenever possible, knowledge from experiments performed in projects A06 (Pfeffer/Degrandi), A08 (Seidel) and B02 (Willbold) will be taken into account in our simulation setup. This could, for instance, be intra- and inter-protein distances for the mGBP2 monomer and dimer, or information about the membrane composition studied experimentally. Likewise, the results obtained from the simulations will help in the design of new experiments to verify the predictions in the collaborative projects. We expect that project A07 will make an important contribution to further define the role of mGBP2, and subsequently also that of mGBP7, in the host's molecular defense against T. gondii infection. 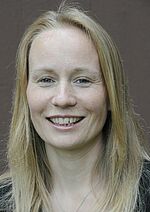 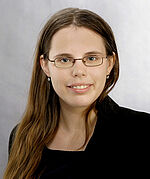