HHUMath.-Nat. FakultätChemieCollaborative Research Center 1208Research & ProjectsB11: Role of DUF 3411 proteins in the interaction of plastids with the cytoplasm

Plastids are the defining organelles of plant and algal cells. As organelles of primary endosymbiotic origin, they are surrounded by a double membrane envelope, which plays a crucial role in defining plastid identity by delineating it from its surroundings and thereby maintaining its status as a semi-autonomous organelle. Transporters, receptors, translocons, and other membrane proteins enable a controlled exchange of small molecules, signals, and proteins across the plastid envelope, thereby integrating the plastid into the cellular context as a metabolically highly active compartment.

Long-standing evidence indicates that the plastid envelope forms transient contact sites with other cellular compartments, such as the endomembrane system. Recent evidence generated by trans-organellar complementation of metabolic mutant phenotypes strongly supports this concept. It was shown that a defect in a plastid-localized enzyme in tocopherol biosynthesis could be rescued by targeting a functional copy of the enzyme to the ER-membrane.  On the basis of these results it was hypothesized that contact sites are involved in dynamic remodeling of envelope membranes and the exchange of small non-polar molecules between plastid and ER, possibly via plastid-ER membrane hemifusions.

However, knowledge about the molecular mechanisms governing membrane remodeling of plastid membranes and their interaction with other cellular membrane systems is scarce. We have recently identified a family of eight plastid membrane-localized proteins in A. thaliana, containing the domain of unknown function (DUF) 3411. Some members of this family localize dually to the outer and inner envelope membrane. Preliminary evidence, including gene expression patterns and large-scale protein interaction studies, supports a role for this family in membrane remodeling and interactions. It is the goal of the proposed work to unravel the functions of members of this family and test their involvement in membrane remodeling of the plastid envelope. The proposed research will identify proteins that mediate the controlled and transient interactions between the plastid envelope and ER membrane systems, thereby enabling the dynamic interaction of cellular membrane systems while maintaining their specific identities. 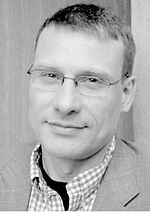 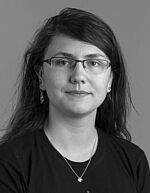 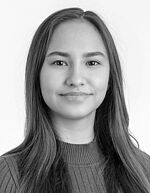