The endosomal pathway regulates the degradation of transmembrane proteins (TMPs) in the lysosome. An important step during degradation is the incorporation of the endocytosed TMPs in intraluminal vesicles (ILVs) that bud off from the limiting membrane (LM) of the maturing endosome into its lumen, which is controlled by five in sequence acting complexes, termed ESCRT-0, I, II and III and Vps4. ESCRT-III is the central complex and performs the budding of the ILVs together with Vps4. It consists of members of the CHMP protein family among them CHMP4 and the uncharacterised CHMP7. CHMP4 forms a filament that induces the curvature and invagination of the membrane. We are here focussing on the function of the evolutionary conserved protein Lethal (2) giant discs (Lgd), which is involved in the regulation of activity of CHMP4 in metazoans. We have shown that Lgd interacts directly with Shrub (Shrb), the Drosophila ortholog of CHMP4, via its unique DM14 domains. We will determine the structural requirements of this domain for binding to Shrb in detail and investigate the consequences of this binding for the activity of Shrb. It has been recently shown that the ESCRT machinery is also required during phagosome maturation and innate immunity. We will clarify the role of Lgd in hematopoesis and during phagocytosis in the macrophages resulting from this process. In addition, we will characterise the function of CHMP7 in a metazoan. 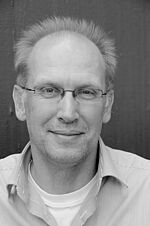